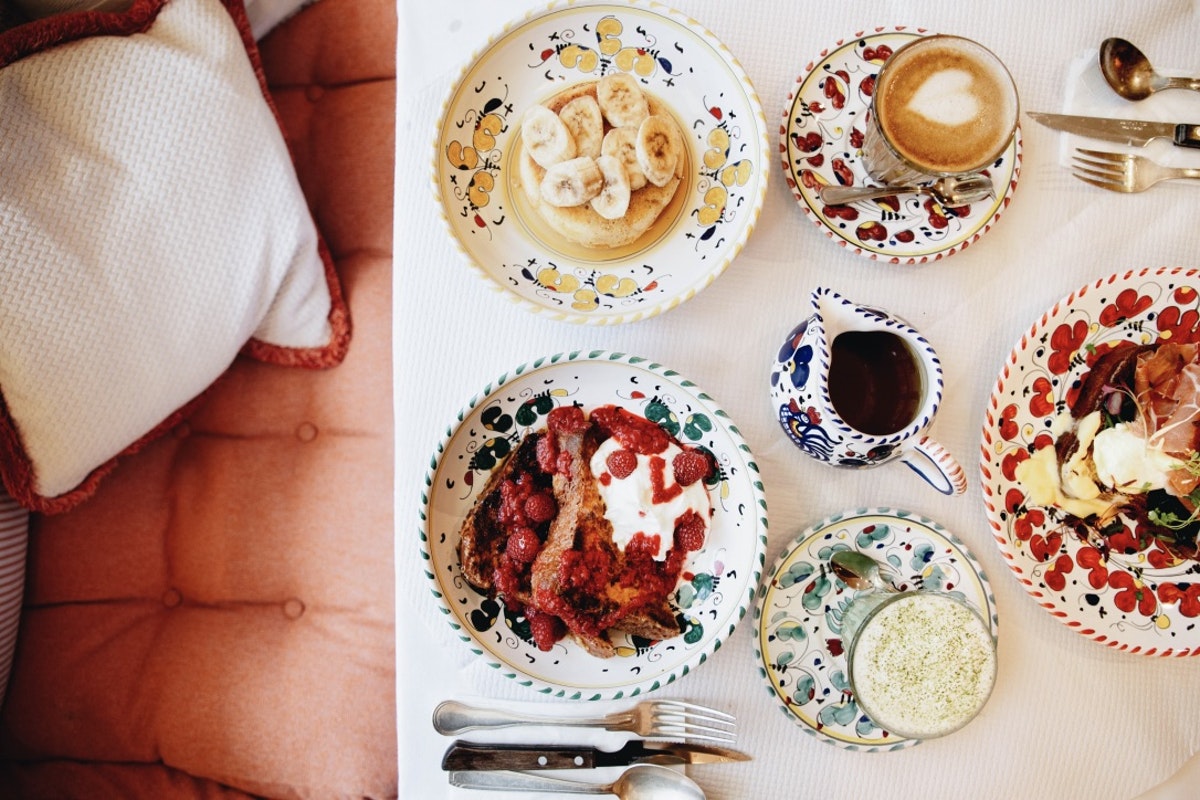 Whilst current government guidelines permit restaurants to open for indoor eating, for many of us, nothing marks the arrival of the weekend like a lazy weekend brunch. From Michelin-legend Angela Hartnett’s new morning repast, to The Hoxton’s newcomer Rondo, here are some of the best new brunches places to book into across the capital.

Coming from the Hoxton Hotel collective, newly opened Rondo’s brunch might seem humble, but its credentials are numerous. Heading up the kitchen is ex St John chef, Chris Gillard, which explains why the menu is refreshingly unfussy. Think laid back gems like nduja scrambled eggs and sourdough, or fenton eggs, any style, on toast – all of which can be consumed in the group’s signature cool surroundings.

If egg hopper with perfectly seasoned kithul-glazed bacon; a pol sambol toastie with date and lime chutney; or Kolamba granola with fresh shavings of coconut aren’t enough to instantly transport you to Sri Lanka, then not much will. Soho’s trusty Sri Lankan, Kolamba has launched a new weekend brunch menu, with owners Eroshan and Aushi Meewella carefully designing a complimentary warm interior with cascading greenery and exposed brickwork.

Opening to rave reviews last year, Daffodil Mulligan has just launched a new brunch menu under the watchful eye of chef-icon Richard Corrigan. It’s in Corrigan’s DNA to serve up unpretentious and quality, modern Irish food. Irrespective of the trendy interior design of this Old Street location, expect the atmosphere to be old school and friendly. An extra bonus is it’s a 50-cover restaurant – so there’s plenty of room for social distancing.

For the first time ever, guests can now enjoy an Italian-style brunch by Michelin-starred chef, Angela Hartnett, at her latest Café Murano opening in Bermondsey. Enjoy yours in the surrounds of industrial lights and an open kitchen, and there’s also a coveted bar space for those who enjoy watching the chefs run the pass. We’d advise making a bee-line for the chicken Milanese served in a bun, with slow roasted tomatoes and spicy mayonnaise.